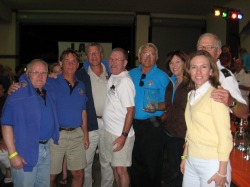 Left to right: The Crew Tom, Doug, Maarten, Gerry and skipper Jim and of course Joan and Joan who anxiously followed the spot system on our progress: behind most seamen stands a concerned partner. Hidden is the commodore of Lakewood Yacht Club. 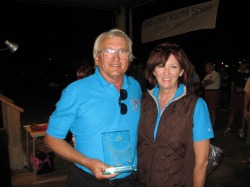 Jim Steuwe, skipper of Freedom's Wing writes the following comments on this race and the crew: 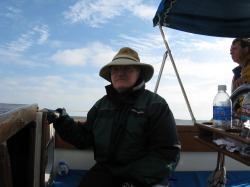 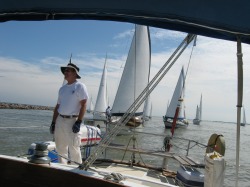 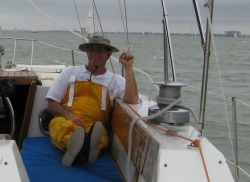 Doug Byerly (Sailing can be done laying down when all lines are tied off...).


Doug taks about his yachting life starting young: "I have been sailing since the age of 10 and got my first boat at the age of thirteen I didn’t tell my dad until three month later when I need to borrow $30 dollars to pay dock fees. It was a 30 foot Knarr I paid $200 for. I sailed it until the 11th grade and sold it for $8,500.  In 1993 I had a 43 Morgan that me and my wife Regina sailed for a year we traveled from Houston to Mexico, Belize Guatemala, Honduras and back to Fort Lauderdale were we sold the boat.

I just started racing; the first race I did was in an Opti and I done a few races in a Laser". 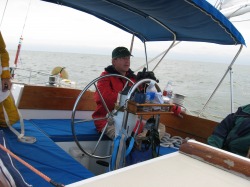