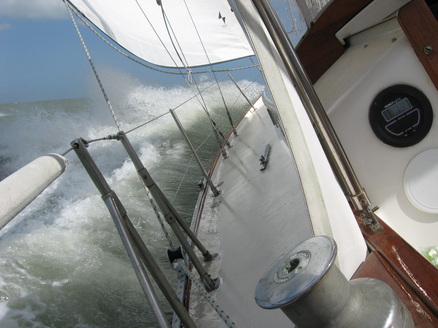 Weekend before the First Regatta - Staysail and Mizzen on Galveston Bay

Picture from the wheel. This is the view and the feel we are having a yacht for.

This weekend with able crew Joan (I), Charles and Karyl White-Lawson. 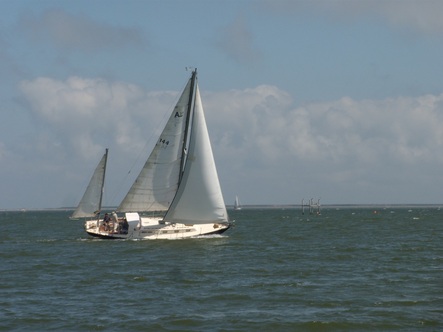 Picture by Brad Larson at anchor at Wussy Bay.

Joan III beating up to get as close as we dare to the yacht harbor's breakwater to tack and round the old judge stand seen just in front and about half a mile back.

We needed one more tack.

Picture taken by Joanne from "Outrageous" 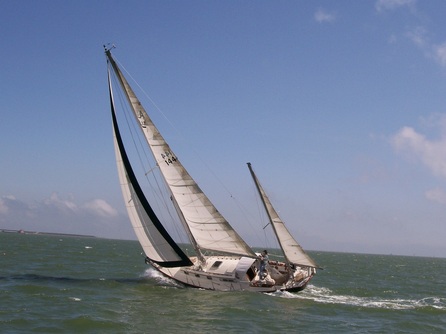 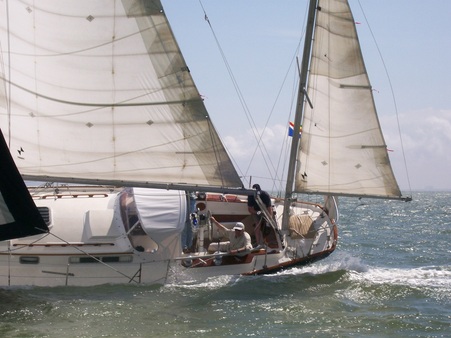 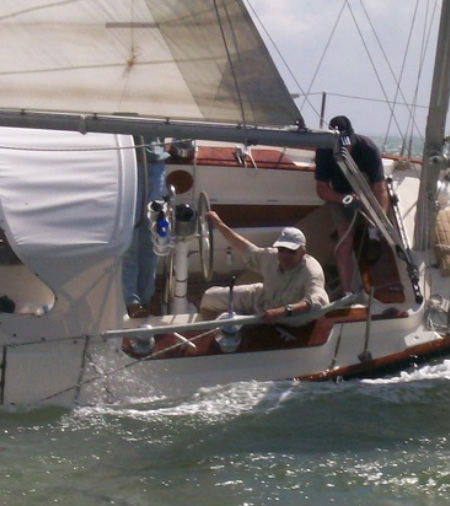 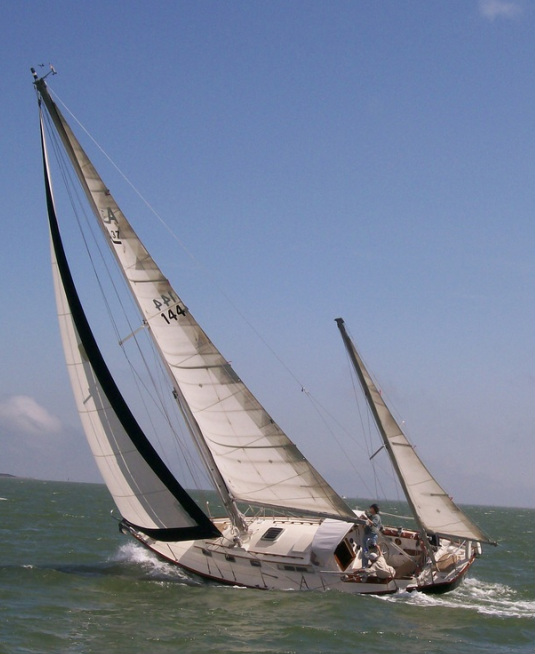 Are we getting the mark without pinching....we did. 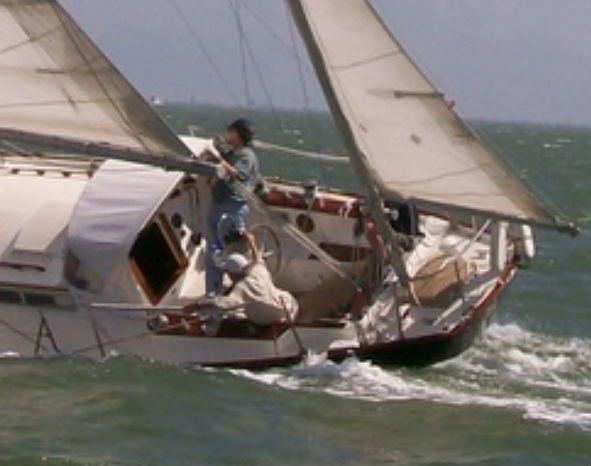 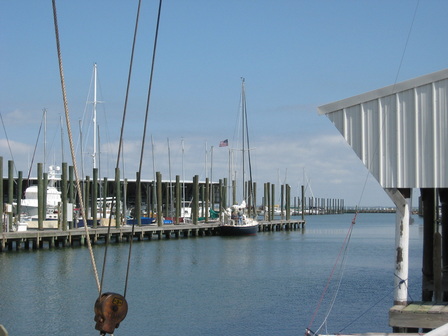 After fueling readying for the first Regatta. 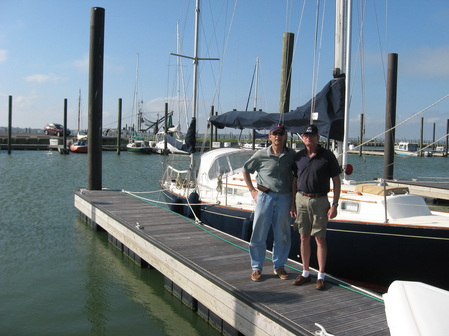 Great crew sailing with Joan III for the first time.
Felt like we had sailed together for a long time.
And...1st Place of the non-spinnaker group; 4th in the whole fleet with ahead of us only a J-21, a Beneteau and "Outrageous".

Not only a great sail crew but also great help getting J-III ready for the next race.

The Men Sail the Ladies come for the Party 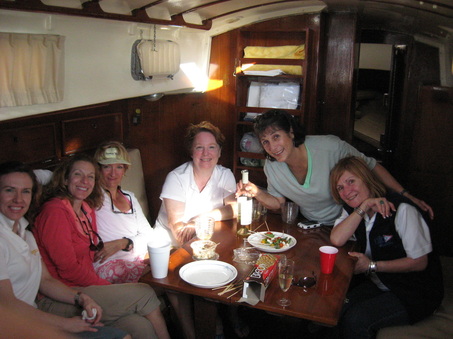 Joan I with her HYC sailing camp friends analyzing the race and suggesting improvement to sail trim.